The Minikin is back the all new Minikin 2 vape mod! The Minikin 2 vapor mod is powered by a GX-180-HT/UT which incorporates the same battery power saving capabilities as its predecessors but features a new wattage cap of 180 watts and touch screen support!

The asmodus Minikin 2 vaping device utilizes newly updated firmware which displays the following information on its LED screen: Individual battery charge, resistance of the atomizers, volts being used to fire at desired wattage, a puff counter, the duration of the fire, and which mode you are in.

The Minikin 2 dual 18650 mod features a redesigned body that was designed to be exceptionally comfortable to hold. The asMODus logo has been re-positioned to the back of the device and the USB port has been moved the front of the device as the battery door has been remodeled to add magnetic closure. 15 vent holes have been added to the base of the device which allows for maximized heat dissipation.

Unlocking the touch screen is done by simply sliding your finger down the screen. Touching the wattage will allow you to change the wattage using the “+” and “-” buttons that appear on the screen. Pressing the fire button will set the wattage and take you back to the main screen. The menu of the device is accessed by pressing the firing mode when the screen is unlocked. Within the menu you can check the resistance, select a mode, and enter the set up.

Checking resistance: Once in the main menu, clicking the “Res” button enters you into the resistance menu. On this screen you will see “Set Res” on the top and on the bottom you will see a “CHECK” button. By pressing the “CHECK” button , it will give you a resistance and “YES” and “NO” buttons will appear. Pressing “YES” will take you back to the main menu with your resistance set. Pressing “NO” will cause “+” and “-” buttons to appear which allow you to manually change your resistance. NOTE: The manual changing of resistance only applies when using a temperature control mode.

Picking a mode: In the main menu, the 2nd option found is called “Mode”. By pressing “Mode” you will enter a mode selection menu that allows you to choose which mode to fire the device in. You will see “PWR” which is your standard variable wattage mode and within that mode you will see two different options: “W” Power which is wattage mode, and a new mode called “Curve”. “Curve” is a unique firing mode within traditional power mode that manually imitates the abilities of temperature control by setting 5 different wattage over time presets. For example you can set the device to fire at 80W for .5 seconds then 90W for 0.5 seconds then 75W for 0.5 seconds (for up to 5 different presets). Doing this will run through your presets in a cycle for an extremely fine tuned vaping experience. Wattage in “Curve” can be adjusted in 0.1 watt increments and seconds can be adjusted in .1 second increments. The other options found in the mode selection screen are “Coil” which is used to select which type of wire you are firing against (supports Ni200, SS316, SS317, and Ti), and then “TCR” and “TFR” modes.

Using set up: The last option in the main menu is called “Set Up”. In the “Set Up” menu you will see three different pictures. The first one (which looks like a light) controls the brightness of the screen. The screen can be adjusted on a scale of 1 – 10 based on user preference. The 2nd option (which looks like a piece of paper) is used to set a puff limit. This sets a maximum number of puffs that can be taken if you are trying to limit and monitor the amount that you vape. If you try to fire the device and have exceeded your maximum puffs, a warning symbol along with the text of “PUFF LIMIT” will display on the screen and the device will not fire. Setting the limit to 0000 will not set a maximum number of puffs but will still record the amount of puffs taken. The last option (which looks like a garage can) wipes your puffs so can have a fresh gauge of how much the device is being used. 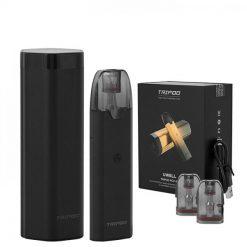 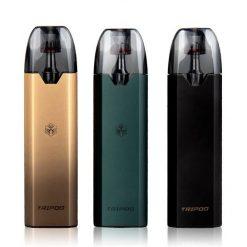 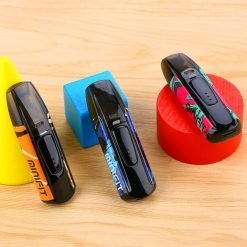 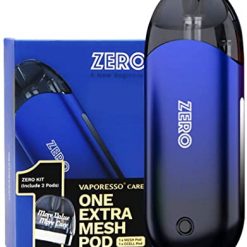 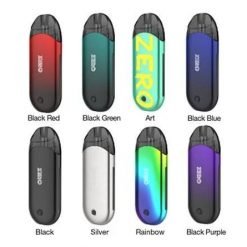 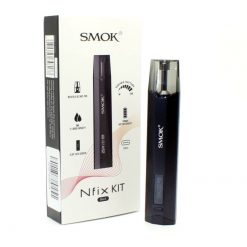 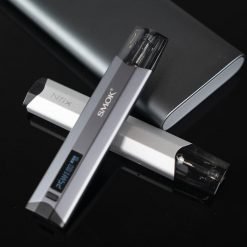 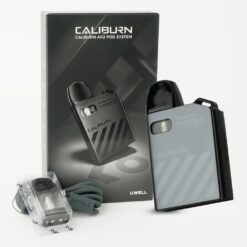 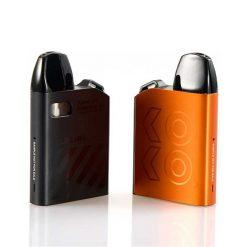 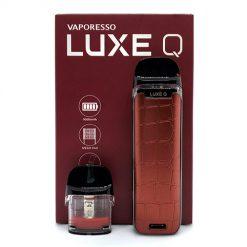 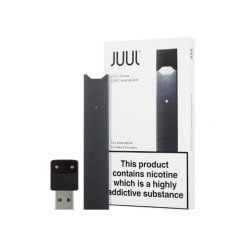 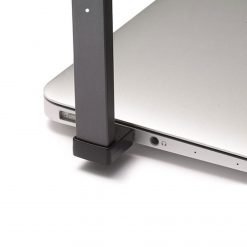 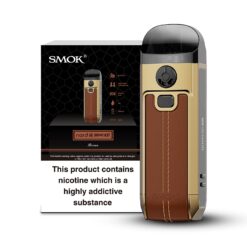 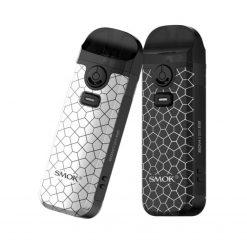